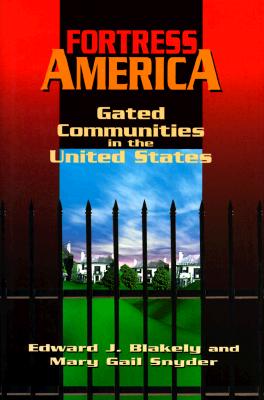 Gated communities are a new ""hot button"" in many North American cities. From Boston to Los Angeles and from Miami to Toronto citizens are taking sides in the debate over whether any neighborhood should be walled and gated, preventing intrusion or inspection by outsiders. This debate has intensified since the hard cover edition of this book was published in 1997. Since then the number of gated communities has risen dramatically. In fact, new homes in over 40 percent of planned developments are gated n the West, the South, and southeastern parts of the United States. Opposition to this phenomenon is growing too. In the small and relatively homogenous town of Worcester, Massachusetts, a band of college students from Brown University and the University of Chicago picketed the Wexford Village in November of 1998 waving placards that read ""Gates Divide."" These students are symbolic of a much larger wave of citizens asking questions about the need for and the social values of gates that divide one portion of a community from another.