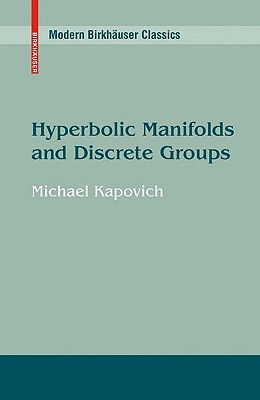 
Not On Our Shelves—Ships in 1-5 Days
(This book cannot be returned.)
The main goal of the book is to present a proof of the following. Thurston's Hyperbolization Theorem (The Big Monster). Suppose that M is a compact atoroidal Haken 3-manifold that has zero Euler characteristic. Then the interior of M admits a complete hyperbolic metric of finite volume. This theorem establishes a strong link between the geometry and topology 3 of 3-manifolds and the algebra of discrete subgroups of Isom(JH ). It completely changed the landscape of 3-dimensional topology and theory of Kleinian groups. Further, it allowed one to prove things that were beyond the reach of the standard 3-manifold technique as, for example, Smith's conjecture, residual finiteness of the fundamental groups of Haken manifolds, etc. In this book we present a complete proof of the Hyperbolization Theorem in the generic case. Initially we planned 1 including a detailed proof in the remaining case of manifolds fibered over as well. However, since Otal's book Ota96] (which treats the fiber bundle case) became available, only a sketch of the proof in the fibered case will be given here.