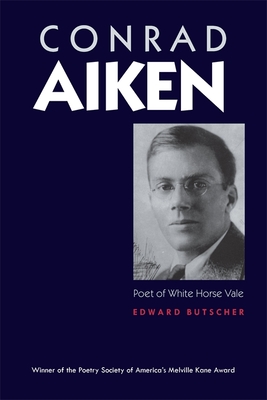 The first of a planned two-volume biography, Conrad Aiken: Poet of White Horse Vale follows Aiken's early life from his birth in 1889 to 1925 when he stood on the threshold of both nervous breakdown and poetic success. It was then that Aiken began to face his paradoxically idyllic and tragic Savannah childhood and to confront the events of February 27, 1901. On that day, the eleven-year-old Aiken heard gunshots punctuate a nightlong argument between his mother and father. Running into the next room, he discovered his mother murdered and his father dead by suicide.

Sounding the deep reverberations of those events in Aiken's mind, Edward Butscher follows the poet's life and work as he sought to regain, in some permanent form, the idyll he had lost as a child. Butscher tells of Aiken's determined efforts to gain recognition for his verse in the fevered cultural circuits of the early twentieth century--from his friendship, begun at Harvard, with T. S. Eliot, through frustrating excursions into the literary society of England and repeated trips on the poetic "trade route" from his home in Boston to Chicago and New York, to often sharp encounters with such powerful cultural barons as Ezra Pound, Amy Lowell, and Harriet Monroe. Hoping to build his reputation on a series of detached poetic "symphonies," to keep depression from boiling over into madness and suicide, Aiken skirted the border of his deepest memories and fears--a border he would cross in the works that lay ahead.
EDWARD BUTSCHER is the author of several critical works on modern poetry, including the controversial biography Sylvia Plath: Method and Madness. He is also the author of four collections of poetry and the novel Faces on the Barroom Floor. Butscher is working on the second volume of Aiken's biography.