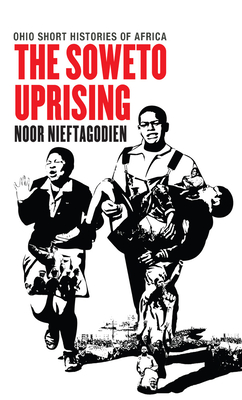 The Soweto uprising was a true turning point in South Africa’s history. Even to contemporaries, it seemed to mark the beginning of the end of apartheid. This compelling book examines both the underlying causes and the immediate factors that led to this watershed event. It looks at the crucial roles of Black Consciousness ideology and nascent school-based organizations in shaping the character and form of the revolt. What began as a peaceful and coordinated demonstration rapidly turned into a violent protest when police opened fire on students. This short history explains the uprising and its aftermath from the perspective of its main participants, the youth, by drawing on a rich body of oral histories.

Noor Nieftagodien holds the NRF Chair on Local Histories, Present Realities at the University of the Witwatersrand, where he is also the head of the History Workshop.

“Nieftagodien argues that the Soweto uprising served as both an inspiration and a template for a second wave of unrest in the 1980s, which eventually led to apartheid’s demise. His assessment is both lucid and compelling. It reminds us the that the struggle against apartheid did not just revolve around the ANC or famous leaders, but gained strength from young people who worked for change at the grassroots and who fought against great odds.”—African Studies Quarterly