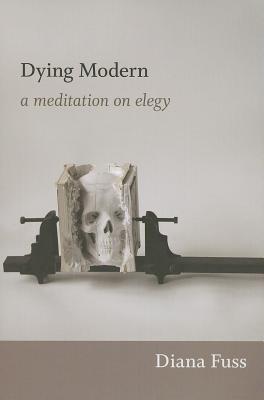 
Not On Our Shelves—Ships in 1-5 Days
In Dying Modern, one of our foremost literary critics inspires new ways to read, write, and talk about poetry. Diana Fuss does so by identifying three distinct but largely unrecognized voices within the well-studied genre of the elegy: the dying voice, the reviving voice, and the surviving voice. Through her deft readings of modern poetry, Fuss unveils the dramatic within the elegiac: the dying diva who relishes a great deathbed scene, the speaking corpse who fancies a good haunting, and the departing lover who delights in a dramatic exit.

Focusing primarily on American and British poetry written during the past two centuries, Fuss maintains that poetry can still offer genuine ethical compensation, even for the deep wounds and shocking banalities of modern death. As dying, loss, and grief become ever more thoroughly obscured from public view, the dead start chattering away in verse. Through bold, original interpretations of little-known works, as well as canonical poems by writers such as Emily Dickinson, Randall Jarrell, Elizabeth Bishop, Richard Wright, and Sylvia Plath, Fuss explores modern poetry's fascination with pre- and postmortem speech, pondering the literary desire to make death speak in the face of its cultural silencing.

Diana Fuss is Louis W. Fairchild '24 Professor of English at Princeton University. She is the author of The Sense of an Interior: Four Writers and the Rooms that Shaped Them, winner of the James Russell Lowell Prize; Identification Papers; and Essentially Speaking. She is the editor of Human, All Too Human; Pink Freud; and Inside/Out.