The Look of a Woman: Facial Feminization Surgery and the Aims of Trans- Medicine (Paperback) 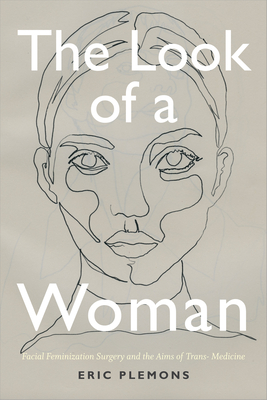 The Look of a Woman: Facial Feminization Surgery and the Aims of Trans- Medicine (Paperback)


Not On Our Shelves—Ships in 1-5 Days
Developed in the United States in the 1980s, facial feminization surgery (FFS) is a set of bone and soft tissue reconstructive surgical procedures intended to feminize the faces of trans- women. While facial surgery was once considered auxiliary to genital surgery, many people now find that these procedures confer distinct benefits according to the different models of sex and gender in which they intervene. Surgeons advertise that FFS not only improves a trans- woman's appearance; it allows her to be recognized as a woman by those who see her. In The Look of a Woman Eric Plemons foregrounds the narratives of FFS patients and their surgeons as they move from consultation and the operating room to postsurgery recovery. He shows how the increasing popularity of FFS represents a shift away from genital-based conceptions of trans- selfhood in ways that mirror the evolving views of what is considered to be good trans- medicine. Outlining how conflicting models of trans- therapeutics play out in practice, Plemons demonstrates how FFS is changing the project of surgical sex reassignment by reconfiguring the kind of sex that surgery aims to change.
Eric Plemons is Assistant Professor of Anthropology at the University of Arizona.