The House of Early Sorrows: A Memoir in Essays (Paperback) 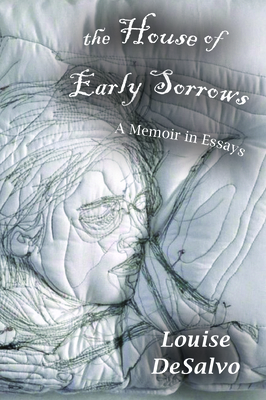 The House of Early Sorrows: A Memoir in Essays (Paperback)

As the child of children of immigrants, Louise DeSalvo was at first reluctant to write about her truths. Her abusive father, her sister's suicide, her illness. In this stunning collection of her captivating and frank essays on her life and her Italian-American culture, Louise DeSalvo centers on her beginnings, reframing and revising her acclaimed memoiristic essays, pieces that were the seeds of longer collections, to reveal her true power as a memoirist: the ability to dig ever deeper for personal and political truths that illuminate what it means to be a woman, a second-generation American, a writer, and a scholar. Each essay is driven by a complex inquiry that examines the personal, familial, social, ethnic, and historical dimensions of identity. Collectively, they constitute a story significantly different from DeSalvo's memoirs when they first published, where the starkness of their meaning became blunted by material surrounding them. DeSalvo has also restored material written and then deleted--experiences she was too reticent to reveal before, in writing about her sister's suicide, her husband's adultery, her own sexual assault. The essays also include new material to shift the ballast of an essay as her life has changed significantly through the years. The House of Early Sorrows is a courageous exploration not only of the DeSalvo's family life and times, but also of our own.
Louise DeSalvo started the MFA in Memoir Program at Hunter College where she held the Jenny Hunter Endowed Chair for Literature and Creative Writing until her retirement in 2017. She is the author of several books including Virginia Woolf, Vertigo, and The Art of Slow Writing.