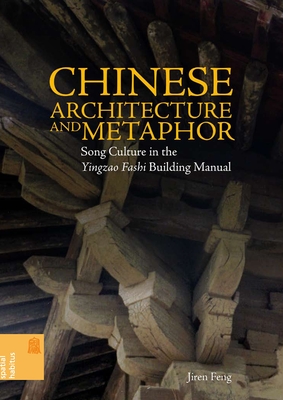 Investigating the historical tradition of Chinese architectural writing from antiquity to the twelfth century, Chinese Architecture and Metaphor reveals significant and fascinating social and cultural phenomena in the most important primary text for the study of the Chinese building tradition. Unlike previous scholarship, which has reviewed this imperially commissioned architectural manual largely as a technical work, this volume considers the Yingzao fashi's unique literary value and explores the rich cultural implications in and behind its technical content.

Utilizing a philological approach, the author pays particular attention to the traditional and contemporary architectural terminology presented in the Yingzao fashi. In examining the semantic meaning of the architectural terms used in the manual, he uncovers a systematic architectural metaphor wherein bracketing elements are likened to flowers, flowering branches, and foliage: Thus pillars with bracketing above are compared to blossoming trees. More importantly, this intriguing imagery was shared by different social groups, in particular craftsmen and literati, and craftsmen themselves employed literary knowledge in naming architectural elements. Relating these phenomena to the unprecedented flourishing of literature, the literati's greater admiration of technical knowledge, and the higher intellectual capacity of craftsmen during the Song, Architecture and Metaphor demonstrates how the learned and "unlearned" cultures entangled in the construction of architectural knowledge in premodern China. It convincingly shows that technical language served as a faithful carrier of contemporary popular culture and aesthetic concepts. Chinese Architecture and Metaphor demonstrates a high level of engagement with a broad spectrum of sophisticated Chinese sources. It will become a classic work for all students and scholars of East Asian architecture.