The Olson Codex: Projective Verse and the Problem of Mayan Glyphs (Recencies Series: Research and Recovery in Twentieth-Century) (Paperback) 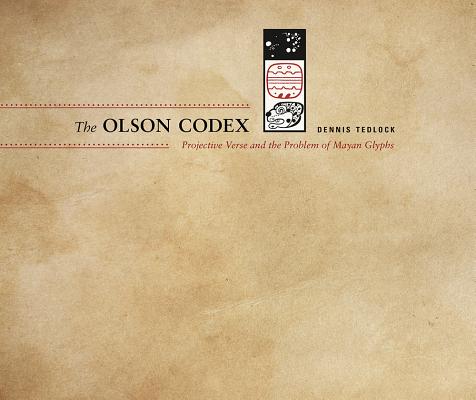 The Olson Codex: Projective Verse and the Problem of Mayan Glyphs (Recencies Series: Research and Recovery in Twentieth-Century) (Paperback)

This exploration of the influence of Mayan hieroglyphics on the great American poet Charles Olson (1910-1970) is an important document in the history of New World verse. Olson spent six months in the Yucatan in 1951 studying Maya culture and language, an interlude that has been largely overlooked by students of his work. Like Olson and Robert Creeley, Olson's disciple who published Olson's letters from Mexico, the poet Dennis Tedlock taught at the University of Buffalo. Unlike his two predecessors, Tedlock was also a scholar of Maya language and culture, renowned for his translations from indigenous American languages, notably the Popul Vuh, the Maya creation story. In The Olson Codex, Tedlock describes and examines Olson's efforts to decipher Mayan hieroglyphics, giving Olson's work in Mexico the place it deserves within twentieth-century poetry and poetics.