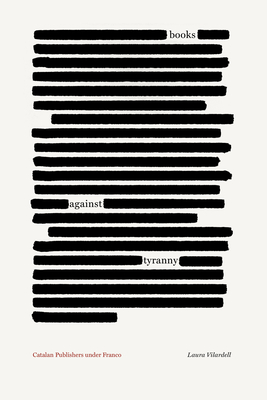 
Not On Our Shelves—Ships in 1-5 Days
Catalan-language publishers were under constant threat during the dictatorship of Francisco Franco (1939-75). Both the Catalan language and the introduction of foreign ideas were banned by the regime, preoccupied as it was with creating a "one, great, and free Spain." Books against Tyranny compiles, for the first time, the strategies Catalan publishers used to resist the censorship imposed by Franco's regime. Author Laura Vilardell examines documents including firsthand witness accounts, correspondence, memoirs, censorship files, newspapers, original interviews, and unpublished material housed in various Spanish archives. As such, Books against Tyranny opens up the field and serves as an informative tool for scholars of Franco's Spain, Catalan social movements, and censorship more generally.
Laura Vilardell is an assistant professor in the Department of World Languages and Cultures at Northern Illinois University.