The Blessing of Africa (Paperback) 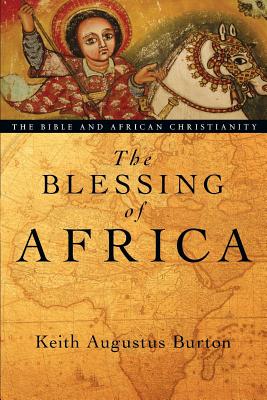 The Blessing of Africa (Paperback)


Not On Our Shelves—Ships in 1-5 Days
(This book cannot be returned.)
According to some estimates, Africa will soon have the highest concentration of Christians in the world. But African Christianity has had a long and conflicted history. Even today, modern misinterpretations of Scripture argue for God's curse upon the dark-skinned peoples of Africa. In this comprehensive study, Keith Burton traces the story of biblical Africa and the place of the Bible in the land of Ham. Beginning with the Old Testament, he explores the geography of biblical Africa and moves beyond stereotypical discussions of African ethnicity and identity. He then chronicles the African presence in the church from the New Testament onward, paying particular attention to the growth of Islam in Africa as well as the impact of European colonialism and the slave trade. Coming to the modern era, he examines the achievements of African Christianity and visionary efforts to adapt and reclaim Christianity for the African context. This invigorating work places the story of the Bible and African Christianity in a wider global context and challenges readers to think differently about history and the biblical world.