The Beginner's Guide to Nation-Building (Paperback) 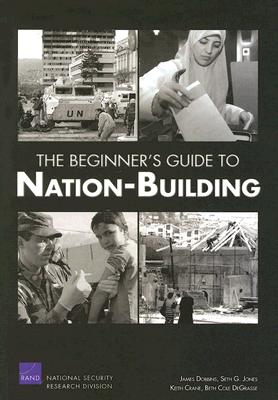 The Beginner's Guide to Nation-Building (Paperback)


Not On Our Shelves—Ships in 1-5 Days
(This book cannot be returned.)
In two earlier volumes, the authors defined nation building as the use of armed force in the aftermath of a conflict to promote a transition to democracy. By various actors, it is often called stabilisation and reconstruction, peace building, or state building, but at any name these missions have become more frequent, and frequently more complex and ambitious. As American forces entered Iraq, little effort was made to marshal abundant, recent, and relevant experience in support of the new nation-building mission in Iraq, with severe consequences.This guidebook is designed to contribute to future nation building efforts. It is organized around the components that make up any nation-building mission: planning, military and police contingents, civil administrators, humanitarian and relief efforts, governance, economic stabilization, democratisation, and infrastructure development. This guide should help practitioners avoid repeating earlier mistakes, help political leaders evaluate the cost and likelihood of success of any proposed operation, and help citizens evaluate their government's consequent performance.