Iran Unveiled: How the Revolutionary Guards Is Transforming Iran from Theocracy Into Military Dictatorship (Hardcover) 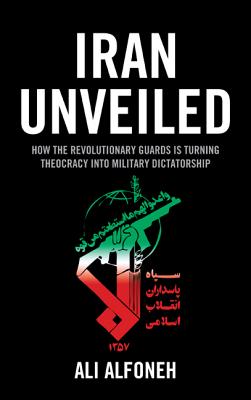 Iran Unveiled: How the Revolutionary Guards Is Transforming Iran from Theocracy Into Military Dictatorship (Hardcover)


Not On Our Shelves—Ships in 1-5 Days
In Iran Unveiled, Middle East expert Ali Alfoneh describes the coming revolt of the Islamic Revolutionary Guards Corps (IRGC), and the implications this would have on regional and international politics. As Iran experiences the most important change in its history since the revolution of 1979 and the establishment of the Islamic Republic, the regime in Tehran, traditionally ruled by the Shia clergy, is transforming into a military dictatorship dominated by the officers of the IRGC. This transformation is changing not only the economy and society in Iran, but also the Islamic Republic's relations with the United States and its allies. This book provides the legal, historical, ideological and military frameworks for what Alfoneh believes to be an escalating and inevitable revolution in Iran. Iran Unveiled informs and educates anyone with an interest in Iran-US relations and the future of Middle eastern politics at a time at a time of growing tension in one of the world's most unstable but indispensable political zones.
Ali Alfoneh's research areas include civil-military relations in Iran with a special focus on the role of the Islamic Revolutionary Guards Corps in the Islamic Republic. Mr. Alfoneh has been a research fellow at the Institute for Strategy at the Royal Danish Defence College and has taught political economy at the Centre for Middle Eastern Studies at the University of Southern Denmark.