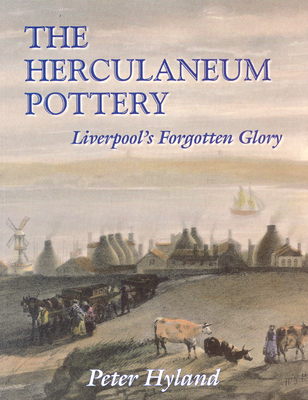 
Special Order—Subject to Availability
The emergence of Herculaneum pottery in early nineteenth-century Liverpool marked a pivotal moment in the clay arts. This book provides a comprehensive history of Herculaneum pottery—highly sought after in North America—and its rapid rise to international prominence.
Renowned Liverpool porcelain collector Peter Hyland examines the pottery's relatively brief heyday from about 1800 to 1820. He then re-defines its niche within the wider context of the established Liverpool pottery tradition, which dates back to 1700. Liverpool's earthenware and porcelain were exported around the world, and Hyland investigates records to reveal the surprising extent to which the United States and Canada relied on Herculaneum for their fine wares. Ultimately, he considers why the pottery factory failed, showing how competition from Merseyside led to the factory's eventual closure in 1840.
Building on the seminal work of Alan Smith, Peter Hyland's study draws on new scholarly research and recent excavations to reveal the extensive range of wares and decorations made at the Herculaneum factory. This new edition is illustrated with a wealth of full-color images, and it will stand as the definitive text on Herculaneum pottery.
Peter Hyland is a well-known collector of Liverpool porcelain and a prominent authority on Liverpool Herculaneum wares.
"Well illustrated and comprehensive, Hyland offers a definitive account that challenges the supremacy of Stoke."-- Ceramic Review
— Ceramic Review