The Rabbit Between Us (Hardcover) 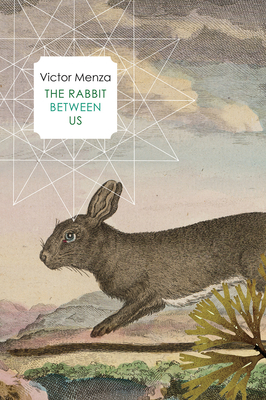 The Rabbit Between Us (Hardcover)


In Stock—Click for Locations
One morning as they parted, Victor Menza’s daughter handed him a bunny postcard. This gift made him wonder why rabbits had been their symbol of visitation: “How did this kind of creature become such a powerful way of feeling your presence?”

Through philosophy, history, education, art, and personal musing on everyday uncanny experiences, Menza reveals why people have long found rabbits our special kin and emblems of love. Menza considers human nature and how we are undone by separation—both from each other and from our childhood selves. Surprising allies in these non-traditional philosophical wanderings include Ludwig Wittgenstein, Elizabeth Bowen, Albert Murray, Beatrix Potter, Donald Winnicott, Sterling Stuckey, and Lev Vygotsky.

Menza examines what symbols are and how they work, the value of dialect, and the subversive lesson of animal fables, alongside his thoughts on language learning, memory, and slavery. Only now did he see that he’d taken to Brer Rabbit early on. Just as the Uncle Remus tales displayed the small hero’s virtues in warm dialogues, The Rabbit Between Us shows we abound in talents and moves when we “lean like Socrates did to the Aesop in us.” Gentle and political at once, this unique book will appeal to any intellectually curious reader.

Raised in Buffalo, New York, Victor Menza (1944–2013) attended the University at Buffalo and then Johns Hopkins as a Woodrow Wilson Fellow for a PhD in philosophy. He received a National Endowment for the Humanities award for his teaching at Dartmouth College and writing on Plato. He left to work in prose and in practice outside the academy.

“Menza ... was a guru, a giant. He was a supernova. He was the only brilliant person I have ever met. I took his course by accident, and it changed my life. He had all these acolytes who would hang on his every word, and he knew it, so one day he came into class and he started in on something, and we were taking down everything, and he stopped and said: ‘Put your pens down. What I am saying is important.’”
— Peter Mose in "I Remember My Teacher" by David Shribman