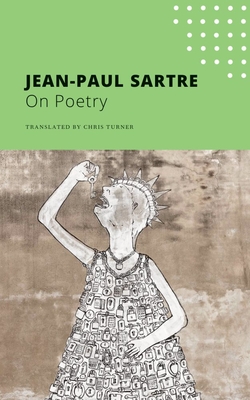 
In Stock—Click for Locations
Two long Sartre essays that explore the Négritude poetry movement and the work of French writer Francis Ponge.

Iconic French novelist, playwright, and essayist Jean-Paul Sartre is widely recognized as one of the most important philosophers of the twentieth century, and his work has remained relevant and thought-provoking through the decades. The Seagull Sartre Library now presents some of his most incisive philosophical, cultural, and literary critical essays in twelve newly designed and affordable editions.

On Poetry includes two long essays in this slim volume. The first explores the Négritude poetry movement by analyzing the work of several Black poets of the time. The second is a meditation on the poetry of renowned French author Francis Ponge (1899–1988), who, influenced by surrealism, developed his unique form of prose poetry.
Jean-Paul Sartre (1905–80) was a French novelist, playwright, and biographer who is widely recognized as one of the most important philosophers of the twentieth century. His work earned him the 1964 Nobel Prize in Literature.

Chris Turner is a translator and writer living in Birmingham, UK. He has translated numerous books from French and German, including, for Seagull Books, titles by Jean-Paul Sartre, Roland Barthes, André Gorz, Yves Bonnefoy, and Pascal Quignard, among others.