Space and Counterspace: A New Science of Gravity, Time and Light (Paperback) 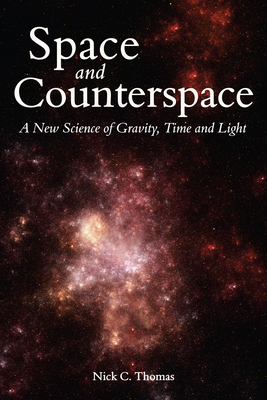 Space and Counterspace: A New Science of Gravity, Time and Light (Paperback)

'Einstein did not attempt to explain the constancy of the velocity of light: he assumed it and derived his theories accordingly. But we have explained it.'
from Chapter 8 of Space and Counterspace

Many people feel alienated by modern science and its impersonal view of our world, based on the concept of the 'detached observer'. Our human intuitions suggest that we need a broader-based science which can encompass phenomena currently excluded, such as human consciousness, qualities and values.

In this groundbreaking book, Nick Thomas presents a wider view of science using the theory of 'counterspace'. Counterspace exists alongside space as we know it, and was first proposed by Rudolf Steiner, and developed by the Cambridge mathematician George Adams. Through its startling lens, key aspects of our world -- such as gravity, time, light and color, as well as the stars, the solar system, and the classical elements -- can be viewed and understood in dynamically new ways.

Thomas's work and ideas are on the cusp of a true revolution in the way modern scientific method can penetrate even deeper into the mysteries of our natural world.

Nick Thomas was an electrical engineer in the RAF for 20 years before embarking on research into projective geometry. He became Chair and General Secretary of the Anthroposophical Society in Great Britain. Now retired, he still lectures widely and is the author of Science Between Space and Counterspace and The Battle for the Etheric Realm. He died in 2015.