Laurel Canyon: The Inside Story of Rock-and-Roll's Legendary Neighborhood (Paperback) 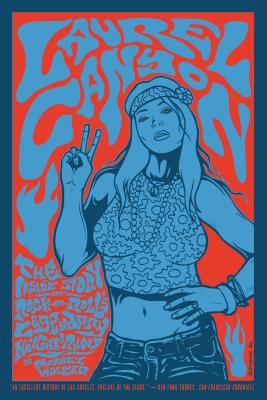 Laurel Canyon: The Inside Story of Rock-and-Roll's Legendary Neighborhood (Paperback)

Michael Walker’s Laurel Canyon presents the inside story of the once hottest rock and roll neighborhood in LA.

In the late sixties and early seventies, an impromptu collection of musicians colonized a eucalyptus-scented canyon deep in the Hollywood Hills of Los Angeles and melded folk, rock, and savvy American pop into a sound that conquered the world as thoroughly as the songs of the Beatles and the Rolling Stones had before them. Thirty years later, the music made in Laurel Canyon continues to pour from radios, iPods, and concert stages around the world. During the canyon's golden era, the musicians who lived and worked there scored dozens of landmark hits, from "California Dreamin'" to "Suite: Judy Blue Eyes" to "It's Too Late," selling tens of millions of records and resetting the thermostat of pop culture.

In Laurel Canyon, veteran journalist Michael Walker tells the inside story of this unprecedented gathering of some of the baby boomer's leading musical lights—including Joni Mitchell; Jim Morrison; Crosby, Stills, and Nash; John Mayall; the Mamas and the Papas; Carole King; the Eagles; and Frank Zappa, to name just a few—who turned Los Angeles into the music capital of the world and forever changed the way popular music is recorded, marketed, and consumed.

Michael Walker has written extensively about popular culture for The New York Times, Los Angeles Times, The Washington Post, Rolling Stone, and other publications. He is the author of Laurel Canyon: The Inside Story of Rock-and-Roll's Legendary Neighborhood. He lives in Laurel Canyon.

“Laurel Canyon is hilarious and true and bittersweet. Michael Walker catches the mood in the air, and gets it right... the interviews are wonderful . . . It's a beautifully-written document of that time and place when the personalities were as big as those stony dreams that fueled some of the greatest masterpieces in rock.” —Cameron Crowe

“Laurel Canyon captures all the magic and lyricism of an almost mythological geographical spot in the history of pop music. The book lovingly limns the story of a more melodious time in rock and roll where the great talents of the 60s and 70s cloistered together in a sort of enchanted valley populated by an all-star cast of characters, including Joni Mitchell, Jim Morrison, Mama Cass and Brian Wilson.” —Stephen Gaines, author of Philistines at the Hedgerow

“In Laurel Canyon, rock and roll history is urban history, California history, American history, global history through the songs and scandals coming from a canyon on the coast of dreams running through the labyrinthine center of our times.” —Kevin Starr, Professor of History, University of Southern California and author of Coast of Dreams: California on the Edge