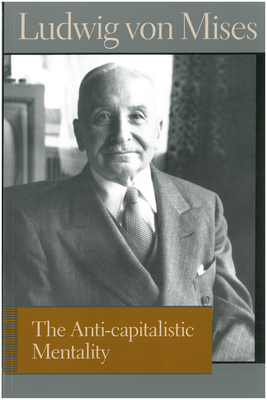 In The Anti-capitalistic Mentality, the respected economist Ludwig von Mises plainly explains the causes of the irrational fear and hatred many intellectuals and others feel for capitalism. In five concise chapters, he traces the causation of the misunderstandings and resultant fears that cause resistance to economic development and social change. He enumerates and rebuts the economic arguments against and the psychological and social objections to economic freedom in the form of capitalism. Written during the heyday of twentieth-century socialism, this work provides the reader with lucid and compelling insights into human reactions to capitalism.

Ludwig von Mises (1881-1973) was the leading spokesman of the Austrian School of economics throughout most of the twentieth century.

Bettina Bien Greaves is a former resident scholar and trustee of the Foundation for Economic Education and was a senior staff member at FEE from 1951 to 1999.