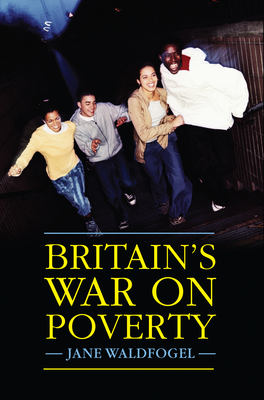 
Special Order—Subject to Availability
In 1999, one in four British children lived in poverty—the third highest child poverty rate among industrialized countries. Five years later, the child poverty rate in Britain had fallen by more than half in absolute terms. How did the British government accomplish this and what can the United States learn from the British experience? Jane Waldfogel offers a sharp analysis of the New Labour government's anti-poverty agenda, its dramatic early success and eventual stalled progress. Comparing Britain's anti-poverty initiative to U.S. welfare reform, the book shows how the policies of both countries have affected child poverty, living standards, and well-being in low-income families and suggests next steps for future reforms. Britain's War on Poverty evaluates the three-pronged anti-poverty strategy employed by the British government and what these efforts accomplished. British reforms sought to promote work and make work pay, to increase financial support for families with children, and to invest in the health, early-life development, and education of children. The latter two features set the British reforms apart from the work-oriented U.S. welfare reforms, which did not specifically target income or program supports for children. Plagued by premature initiatives and what some experts called an overly ambitious agenda, the British reforms fell short of their intended goal but nevertheless significantly increased single-parent employment, raised incomes for low-income families, and improved child outcomes. Poverty has fallen, and the pattern of low-income family expenditures on child enrichment and healthy food has begun to converge with higher-income families. As Waldfogel sees it, further success in reducing child poverty in Britain will rely on understanding who is poor and who is at highest risk. More than half of poor children live in families where at least one parent is working, followed by unemployed single- and two-parent homes, respectively. Poverty rates are also notably higher for children with disabled parents, large families, and for Pakistani and Bangladeshi children. Based on these demographics, Waldfogel argues that future reforms must, among other goals, raise working-family incomes, provide more work for single parents, and better engage high-risk racial and ethnic minority groups. What can the United States learn from the British example? Britain's War on Poverty is a primer in the triumphs and pitfalls of protracted policy. Notable differences distinguish the British and U.S. models, but Waldfogel asserts that a future U.S. poverty agenda must specifically address child poverty and the income inequality that helps create it. By any measurement and despite obstacles, Britain has significantly reduced child poverty. The book's key lesson is that it can be done.
JANE WALDFOGEL is professor of social work and public affairs at the Columbia University School of Social Work and visiting professor at the Centre for Analysis of Social Exclusion at the London School of Economics and Political Science.