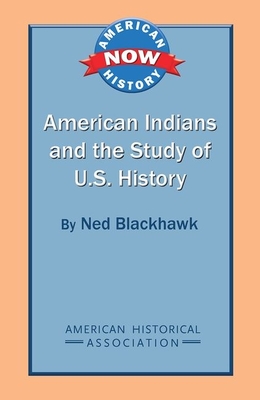 
Special Order—Subject to Availability
The study of Native Americans has expanded greatly within the past 20 years. Ned Blackhawk looks at the recent historiography in this field, and shows how this expanding focus has reshaped significantly the larger field of American history.

Ned Blackhawk is professor of history and American studies at Yale University. He is the author of Violence over the Land: Indians and Empires in the early American West (2006) which won the Frederick Jackson Turner Prize from the Organization of American Historians.