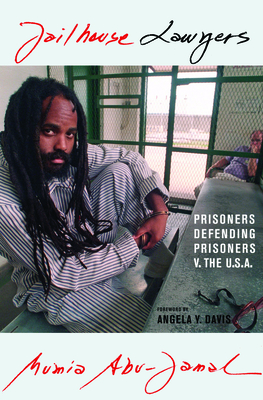 "Expert and well-reasoned commentary on the justice system . . . His writings are dangerous."--The Village Voice

In Jailhouse Lawyers, award-winning journalist and death-row inmate Mumia Abu-Jamal presents the stories and reflections of fellow prisoners-turned-advocates who have learned to use the court system to represent other prisoners--many uneducated or illiterate--and, in some cases, to win their freedom. In Abu-Jamal's words, "This is the story of law learned, not in the ivory towers of multi-billion-dollar endowed universities but] in the bowels of the slave-ship, in the dank dungeons of America."

Mumia Abu-Jamal is an award-winning journalist and former Black Panther Party member, whose books include Live From Death Row, Death Blossoms: Reflections from a Prisoner of Conscience, All Things Censored, We Want Freedom: A Life in the Black Panther Party and Faith of Our Fathers. He has been living on death row in a Pennsylvania prison since 1982.Internationally renowned public speaker, author, activist, scholar and symbol of 1970s black power, Angela Davis was the third woman to appear on the FBI's Most Wanted list and has authored eight books.