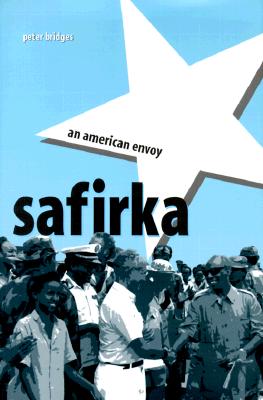 Peter S. Bridges's service as an American ambassador to Somalia capped his three decades as a career officer in the American Foreign Service. Safirka, a frank description of his experiences in Somalia and elsewhere, offers pointed assessments of American foreign policy and policymakers. Bridges recounts his service in Panama during a time of turmoil over the Canal; in Moscow during the Cuban missile crisis; in Prague for bleak years after the Soviet invasion; in Rome when Italian terrorists first began to target Americans; and in key positions in three Washington agencies.

In Somalia Bridges managed the largest American aid program in sub-Sahara Africa. He dealt with a postcolonial regime, hobbled both by traditional clan rivalries and by a leader who cared far less about Somalia's people and progress than about maintaining his control over that poverty-stricken, strategic - which soon erupted in civil war.

Peter Bridges holds degrees from Dartmouth College and Columbia University. A retired Foreign Service officer, his Safirka: An American Envoy (The Kent State University Press, 2000) relates his experiences as American ambassador to Somalia. Pen of Fire: John Moncure Daniel (The Kent State University Press, 2002) is the biography of the most influential Confederate editor during the Civil War. Bridges has published more than seventy articles and essays that deal mainly with history and foreign affairs.