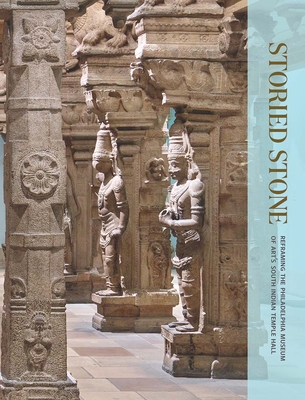 Storied Stone weaves together memories and scholarship to illuminate the multilayered history of the sole example of historical Indian stone temple architecture publicly displayed outside the subcontinent. While visiting Madurai, Tamil Nadu, in 1913, the Philadelphian Adeline Pepper Gibson purchased more than 60 huge granite carvings. Given in 1919 to the Philadelphia Museum of Art, these architectural elements were arranged to form a temple hall (mandapam) in the museum’s original building in 1920. The installation was reconfigured in 1940 in the museum’s current building and reimagined in 2016. The tale that unfolds—part detective story, part museum history, part case study—explores a century of debate about exhibition, authenticity, and interpretation within the museum, brought to life by striking new photography and never-before-published archival images. Offering fresh insights into the original context and meaning of the carvings, this volume also highlights the complexities of presenting the work in, and for, the twenty-first century.