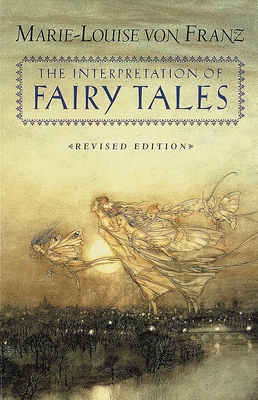 Of the various types of mythological literature, fairy tales are the simplest and purest expressions of the collective unconscious and thus offer the clearest understanding of the basic patterns of the human psyche. Every people or nation has its own way of experiencing this psychic reality, and so a study of the world's fairy tales yields a wealth of insights into the archetypal experiences of humankind.

Perhaps the foremost authority on the psychological interpretation of fairy tales is Marie-Louise von Franz. In this book—originally published as An Introduction to the Interpretation of Fairy Tales —she describes the steps involved in analyzing and illustrates them with a variety of European tales, from Beauty and the Beast to The Robber Bridegroom.

Dr. von Franz begins with a history of the study of fairy tales and the various theories of interpretation. By way of illustration, she presents a detailed examination of a simple Grimm’s tale, The Three Feathers, followed by a comprehensive discussion of motifs related to Jung’s concept of the shadow, the anima, and the animus. This revised edition has been corrected and updated by the author.
Marie-Louise von Franz (1915–1998) was the foremost student of C. G. Jung, with whom she worked closely from 1934 until his death in 1961. A founder of the C. G. Jung Institute of Zurich, she published widely on subjects including alchemy, dreams, fairy tales, personality types, and psychotherapy. Her works include Shadow and Evil in Fairy Tales, The Feminine in Fairy Tales, and The Interpretation of Fairy Tales.