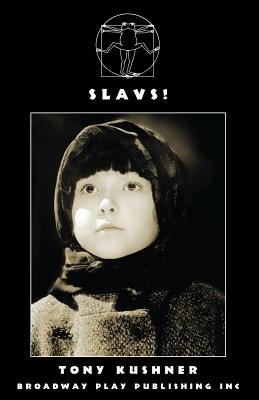 
Not On Our Shelves—Ships in 1-5 Days
(This book cannot be returned.)
A fantastical/political/historical exploration of life in the Soviet Union in the earliest dawn of Perestroika. In scenes ranging from the inner chambers of the Politburo to a secret chamber beneath Lenin's Tomb to a medical facility near a radioactive disposal site in Siberia, SLAVS considers the difficulty, the failure, and the abiding importance of Socialism and of ongoing efforts towards building collective societies and a more just world. "Tony Kushner bears the curse of all artists unlucky enough to have captured the zeitgeist. They are expected to continue on their visionary path, explicating the world's mysteries in each new play. Or they are tempted to use the stage as a bully pulpit, indicting the cause of our malaise and dolling out prescriptions to sooth the pain. It is a mark of Kushner's sophistication that in his newest play he refuses to rest on his well-earned moral authority. A lesser writer would have followed ANGELS IN AMERICA with something smug and sweeping. As though Kushner feared such a fate, he instead has returned to where he started - a place of healthy confusion. A taut play results: Kushner's humor buoys his political anguish, his lyricism draws dry ideas into rhapsodies and elegies, his interest in character won't let even the most vaudevillian individual conform to type." -Marc Robinson, The Village Voice "The heaven that Tony Kushner envisions in the epilogue of SLAVS , his bracing, rational 80-minute fantasia is a dark, gloomy place designed to look like a city after an earthquake ... he has created a rambunctiously funny, seriously moving stage piece that is part buffoonish burlesque and part tragic satire. From beginning to end, it's also shot through with the kind of irony virtually unknown in today's theater, movies and television, where sarcasm passes as wit. There were hints of this exaggerated style in his epic MILLENNIUM APPROACHES and PERESTROIKA, collectively known as ANGELS IN AMERICA ... Mr Kushner has emphasized that SLAVS Is not to be taken as the work of a historian. Rather, it's a work of a brilliant and restless imagination. Mr Kushner's words dazzle, sting and prompt belly laughs." -Vincent Canby, The New York Times.