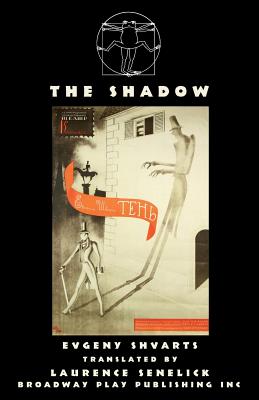 "THE SHADOW is a play about society, a political play. It is not so much a political parody as a poetic and philosophical work of art. It is a play about Man in Society, but also about Good and Evil, Love and Death. Like all of Shvarts' plays it is funny, but it is also eerie. The Shadow is a play about any country under the yoke of a powerful dictatorship which works its will through a dehumanized bureaucracy."
Avril Pyman

"The twofold nature of the satire in THE SHADOW is clear. Corruption in the social order parallels and reflects corruption in the governmental order and both fear anything or anyone that threatens reform, for implicit in reform is the end of privilege. Where such societal and governmental corruption is prevalent, suggests Shvarts, the mere hint of reform is enough to galvanize the perpetrators of corruption into a massive campaign not just to block reform but to eliminate it at its source."
Harold B Segel

"THE SHADOW does not offer a version of easy, magical, utopian transformation of social reality. Shvarts leaves the satiric paradigms unsubverted, untransformed at the end of the play. The story of the hero's attainment of magical power contradicts, but does not undermine, various opposed stories about evil forces that continue to reign in society and in the hearts of individual people."
Duffield White