A People and Their Quilts (Paperback) 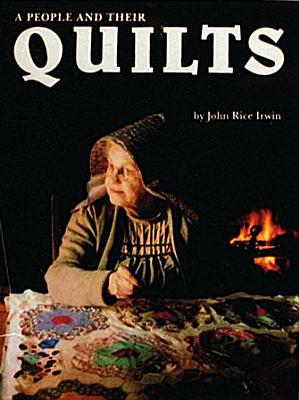 A People and Their Quilts (Paperback)


Special Order—Subject to Availability
Quilts are a reflection of the people who make, use, and cherish them through the years. John Rice Irwin has personally conducted interviews with hundreds of old-time quiltmakers, some of whom were over one hundred years old. Detailed photographs taken by Pulitzer Prize winner Robin Hood depict an opulent conglomeration of quilts, from the community quilt which became known as the Murder Quilt. More importantly, Irwin looks under the quilts, at the lives of the people who created and used them. He explores their ambitions and aspirations, their struggles and disappointments. From the young ladies of Salem Valley who pieced a quilt for the town's most eligible bachelor in the hope that one of them would sleep under it, to the retired physician who began quilting in his late sixties to fill his spare time, Irwin presents their stories with compassion and candor. This lavishly illustrated volume is a treasure trove of creative needlework, colorful anecdotes, and intriguing personal histories which will entertain readers of all ages.
John Irwin is an educator-historian and one of the area's leading authorities on the pioneer-frontier culture. He is the founder and director of the nationally-known Museum of Appalachia in Norris, Tennessee.