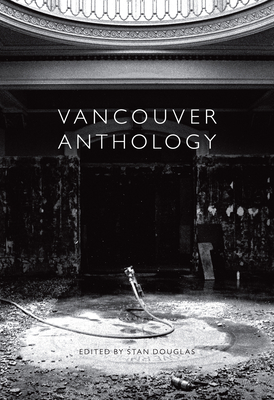 To commemorate its 25th Anniversary, the Or Gallery is co-publishing with Talonbooks a second, updated edition of Vancouver Anthology, edited by acclaimed artist Stan Douglas, first published in 1991.

Featuring a larger format, new hardcover design and a new afterword by Stan Douglas, the republication of Vancouver Anthology coincides with a renewal of the Or Gallery's mandate to incite and promote critical discourse both within and outside of the Vancouver art community. The essays collected in this book were first presented in the autumn of 1990 as part of a lecture series entitled Vancouver Anthology, a forum in which each contributing writer could test his or her research on the question of art and politics in public, before their papers were sent into print. Every piece of writing included here has changed dramatically since its initial presentation, in part as a reflection of the immediate response it received from the local art community at the forum and, more significantly, as a reflection of responses which continued long after that first instance of presentation. What these presentations are clearly able to provide is a critique of the institutionalization of what had been previously considered alternative art practices, a contemporary notion not unrelated to what the artistic milieu of another generation, continent and historical age might have called the "avant-garde." Contributors include: Keith Wallace, Sara Diamond, Nancy Shaw, Maria Insell, William Wood, Carol Williams, Robin Peck, Robert Linsley, Scott Watson and Marcia Crosby.