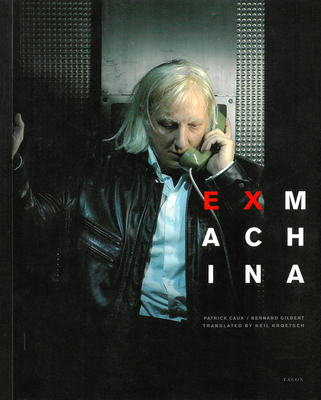 
Special Order—Subject to Availability
In 1993 when Robert Lepage suggested to his colleagues that a specific identity and image be found for his next working group, he imposed one condition. The word "theatre" was not to be part of the name of the new company. This gorgeous full-colour book documents the results of that landmark decision: the dynamic creative arts company Ex Machina, constantly on the move in search of new forms of storytelling--from Lepage's own Dragon's Trilogy, through Richard Wagner's Der Ring des Nibelungen for the Metropolitan Opera of New York, to Peter Gabriel's world tours, or Cirque du Soleil's K in Las Vegas. Its frenetic dynamism means the company must constantly move simultaneously between story draft and stagecraft as it invites audiences the world over to their theatrical experiments where technology is part of the human adventure. Onstage, hierarchies, methodologies and narrative codes are turned inside out to create a rich stage vocabulary, free of the conventional constraints of theatre. "The artists of Ex Machina believe that theatre craves new sources of inspiration," notes Michel Bernatchez, the company's producer. "What is needed is a commingling of the performing arts such as dance, opera and music with the recording arts such as cinema, video and multimedia. It calls for encounters between scientists and playwrights, between scenic artists and architects." Robert Lepage has said, "Theatre, like the world itself, evolves very rapidly, as do its practitioners and its audience. The influence of film and television and the new dramaturgical possibilities offered by multimedia have opened the way to new forms of expression and new languages of staging that have only barely been explored. It is thus not simply the content and form of theatre that we are questioning, but also the role theatre will play in the new exchange of ideas in the 21st century.
Patrick CauxPatrick Caux holds a degree in political science and studied playwrighting at the National Theatre School of Canada. Caux has been an avid fan and commentator on the work of Ex Machina since its beginnings. He writes regularly for Le Devoir. Bernard GilbertBernard Gilbert has worked for 30 years in arts and culture, including as a journalist for CBC, as the founder of Crossroad Theatre and as a collaborator on a variety of public art events across Canada and internationally--most recently the celebrations for Quebec's 400-year anniversary. His written work includes novels, poems and plays. Neil KroetschNeil Kroetsch is a Quebec-based actor and director, and co-founder of Montreal's Bulldog Theatre. He also works regularly in film and television.

The magician never rests Robert Lepage, the renowned sorcerer of the stage.”
enRoute