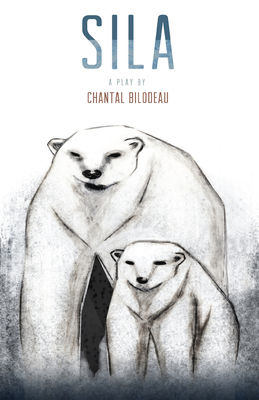 
Not On Our Shelves—Ships in 1-5 Days
In Inuit mythology, "sila" means air, climate, or breath. Bilodeau's play of the same name examines the competing interests shaping the future of the Canadian Arctic and local Inuit population. Equal parts Inuit myth and contemporary Arctic policy, the play Sila features puppetry, spoken word poetry, and three different languages (English, French, and Inuktitut). There is more afoot in the Arctic than one might think. On Baffin Island in the territory of Nunavut, eight characters - including a climatologist, an Inuit activist and her daughter, and two polar bears - find their values challenged as they grapple with a rapidly changing environment and world. Sila captures the fragility of life and the interconnectedness of lives, both human and animal, and reveals in gleaming tones that telling the stories of everyday challenges - especially raising children and maintaining family ties - is always more powerful than reciting facts and figures. Our changing climate will have a significant impact on how we organize ourselves. Nowhere is this more apparent than in the Arctic, where warming temperatures are displacing entire ecosystems. The Arctic Cycle - eight plays that examine the impact of climate change on the eight countries of the Arctic - poignantly addresses this issue. Sila is the first play of The Arctic Cycle. With its large-as-life polar bear puppets, the play is evocative and mesmerizing, beautifully blurring the boundaries between folklore and science.

Chantal Bilodeau is a New York-based playwright and translator originally from Montreal. She serves as the artistic director of The Arctic Cycle an organization created to support the writing of eight plays about the impact of climate change on the eight countries in the Arctic Circle and is the founder of the blog Artists and Climate Change. Her plays have been produced and/or developed at theatres and universities in the United States, Canada, Mexico, Italy, and Norway, and presented at sustainability, policy, and scientific conferences. She was awarded the Woodward International Playwriting Prize, and First Prize in the Earth Matters on Stage Ecodrama Festival and the Uprising National Playwriting Competition. She is the recipient of a Jerome Travel and Study Grant and a National Endowment for the Arts Fellowship, and has been in residence at Yaddo, MacDowell, the Banff Centre, and the National Theatre School of Canada."