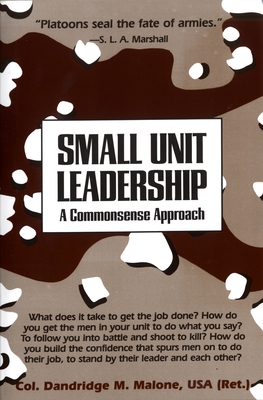 
Special Order—Subject to Availability
Required reading for all present and future leaders, this classic is for those who have to "get the job done"--military or not.
Col. Dandridge M. (Mike) Malone, US Army (Ret.), began his army career as a private and ended as a colonel almost 30 years later. During that time, he earned a BS degree from Vanderbilt University and an MS from Purdue, and graduated from the Army Command and General Staff College and the Army War College. Renowned as the army’s leading expert on leadership, both in garrison and in combat, he has taught the subject to noncommissioned officers, West Point cadets, and students at various army service schools to include the Army War College. An audiotape he prepared on leadership, Soldier, has some 50,000 copies in circulation among army troop units worldwide. He died in 1995.