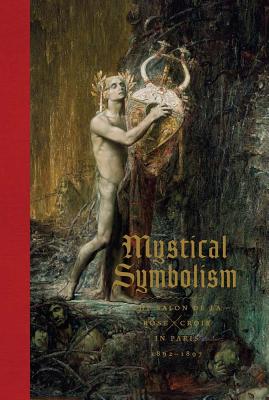 Bound in red velvet with gold-stamped lettering to conjure the evocative atmosphere of the Salons, the catalog features essays about the history, themes and often spiritual aims of the Rose+Croix (Vivien Greene), its reception by the press and the public in the 1890s (Jean-David Jumeau-Lafond) and the importance of spiritualism to early 20th-century abstraction (Kenneth E. Silver). This richly illustrated volume also contains 46 color plates, entries on each exhibited artist and a bibliography of contemporary sources on Symbolist art.