The Book of the City of Ladies (Hardcover) 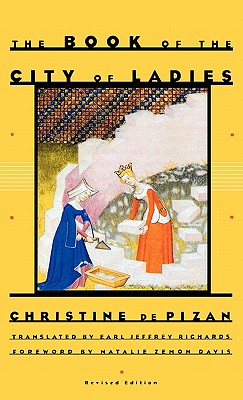 The Book of the City of Ladies (Hardcover)


Not On Our Shelves—Ships in 1-5 Days
(This book cannot be returned.)
In dialogues with three celestial ladies, Reason, Rectitude, and Justice, Christine de Pizan (1365-ca. 1429) builds an allegorical fortified city for women using examples of the important contributions women have made to Western Civilization and arguments that prove their intellectual and moral equality to men. Earl Jeffrey Richards' acclaimed translation is used nationwide in the most eminent colleges and universities in America, from Columbia to Stanford.