One Bugle, No Drums: The Marines at Chosin Reservoir (Paperback) 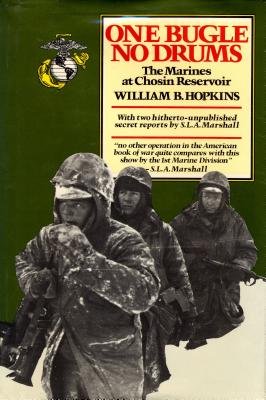 One Bugle, No Drums: The Marines at Chosin Reservoir (Paperback)

Korea, December 1950. The temperature has plunged to 20-degrees below zero. Cold enough to crack rocket-launcher ammo wide open. But not cold enough to stop a massive Communist assault against U.S. forces. As the 8th Army retreats, the Marines dig in at Chosin Reservoir and are quickly cut off and surrounded. This is the riveting account of what happened next. The brilliant Marine attack that was to become a classic in military operations. The personal heroism, private ordeals, bitter fighting, and final victory. Told in the powerful words of a man who was there, it is a story you will never forget.