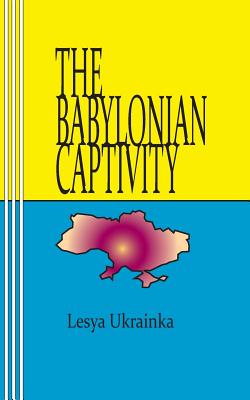 
Not On Our Shelves—Ships in 1-5 Days
(This book cannot be returned.)
Among the last of her poetic career, The Babylonian Captivity is an allegory describing the conditions of the Ukrainians under Russian influence at the end of the Nineteenth Century-which is not unlike the pressures Ukraine is under in 2014. This text is modernized from an earlier translation. Lesya Ukrainka is a pseudonym of Larisa Petrivna Kosach-Kvitka, perhaps made necessary in the beginning because the Ukrainian language was not permitted in publications at the time. The story is of Jews, not all of the same persuasion, in exile in Babylon, in woeful conditions. The main character is Eleazar, a singer and harpist, who is challenged by the others of his community for serving the Babylonian masters with his songs. He defends his activities and helps to redefine the situation they are all in. The "play" is designed for reading rather than staging in a theater, and is in looser format than strictly poetic lines, although Eleazar does perform a few songs in measured lines. The reason for publishing it now is to provide for a wider audience a historical dimension to current affairs in one part of the world rarely portrayed in European fiction.
Lesya Ukrainka (Larisa Petrivna Kosach-Kvitka) was a major poet, certainly the leading female poet of her time and place. She was an activist, a Ukrainian nationalist, as well as an artistic leader.