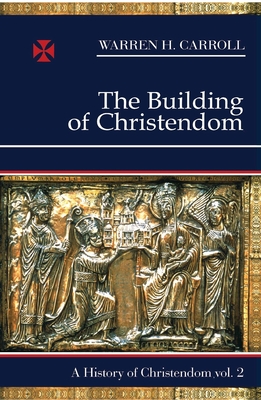 This is book number 2 in the History of Christendom series.

The Building of Christendom, 324-1100 is the second volume in “The History of Christendom” series. This series is the only in-print, comprehensive narration of Western history written from an orthodox Catholic perspective. How would a historical narrative read if the author began with the first principles that truth exists and the Incarnation happened? This series is essential reading for those who consider the West worth defending.

Warren Carroll (1932–2011) was founder of Christendom College, serving as president from 1977–85, and as chairman of the Department of History from 1985–2002. Carroll earned an M.A. and Ph.D. in history from Columbia Uni­versity. The author of numerous books, he has won a well-deserved reputation as one of the foremost Catholic historians of our time.