The Universe Is a Green Dragon: A Cosmic Creation Story (Paperback) 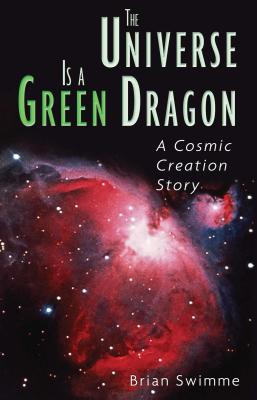 The Universe Is a Green Dragon: A Cosmic Creation Story (Paperback)


Backordered
Communicating his ideas in the form of a classical dialogue between a youth and a wise elder, cosmologist Brian Swimme crafts a fascinating exploration into the creativity suffusing the universe. His explication of the fundamental powers of the cosmos is mystical and ecstatic and points directly to the need to activate one’s own creative powers.
Brian Swimme, Ph.D., a specialist in mathematical cosmology, was educated at Santa Clara University and the University of Oregon. At the present time, he is the director of the Center for the Story of the Universe, a research affiliate of the California Institute of Integral Studies, in San Francisco.
"Seldom, if ever, within the scientific tradition, has the excitement of the universe been expressed in such memorable phrasing."
— Thomas Berry, Creation magazine