Billy, Me & You: A Memoir of Grief and Recovery (Paperback) 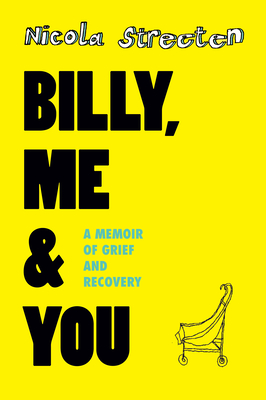 Billy, Me & You: A Memoir of Grief and Recovery (Paperback)


Special Order—Subject to Availability
A moving, surprisingly funny, and inspiring graphic memoir by a woman who lost her two-year-old son after heart surgery, Billy, Me & You is a bracing and memorable account of recovery after bereavement. Nicola Streeten's little boy, Billy, was two years old when he died following heart surgery for problems diagnosed only a few days earlier. Ten years later, Streeten revisited her diaries and notebooks made at the time: this wonderfully vibrant narrative recounts how she and her partner recovered. Gut-wrenchingly sad at times, her graphic memoir is an unforgettable portrayal of trauma and our reaction to it - and, especially, the humour or absurdity so often involved in our responses. As Streeten's story unfolds and we follow her and her partner's heroic efforts to cope with well-meaning friends and day-to-day realities, we begin to understand what she means by her aim to create a 'dead baby story that is funny'. Streeten is the first British woman to have published a graphic memoir.
Nicola Streeten is the co-creator (with artist Sarah Lightman) of Laydeez do Comics, a graphic novel forum with a focus on the new wave of comic work based on the drama of everyday life. An illustrator since 1996, she is currently working on a research doctorate at Sussex University on British women's comics from 1970 to the present. Billy, Me & You first appeared in serialised form in Liquorice Magazine. She is also the author and artist of Hymn.