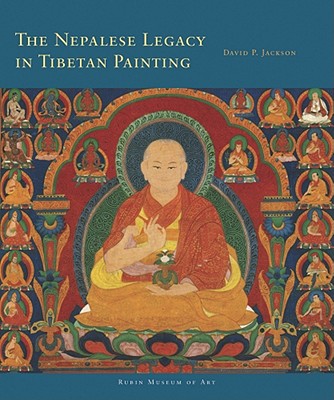 The Newar painting style (Beri) in Tibet, which originated in Nepal, is the most recent of two early Indian-inspired painting styles to take hold in Tibet. The style flourished in Tibet for about four centuries, from the late 12th to the early 17th century. Alone among styles, it was adopted universally across Tibet for a century at its height (1360-1460). Later in its development, some of the best-known thangkas in this style were commissioned by abbots of Ngor Monastery, an important Sakyapa monastery in Tsang Province.

Most previous scholars linked the paintings in this style exclusively with the Sakyapa religious school and Tsang Province, if not with the monastery of Ngor. In addition to exploring the powerful aesthetic appeal of the Beri style, one of the main goals of this publication is to overcome the erroneous limiting of the style to the Sakyapa and to demonstrate its full historical and religious extent. Another main goal is to introduce a method for analyzing structure and lineages in Tibetan paintings.