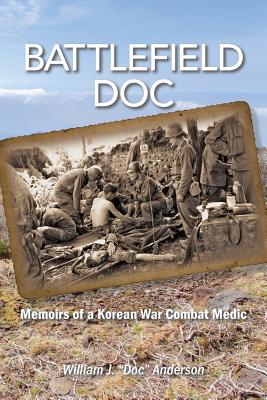 War is hell Bullets flying, explosions turning night into day, the enemy charging in overwhelming waves. When soldiers are wounded in battle their first cries are for "Doc," the Army medics or Navy corpsmen first responders trained to handle almost anything but surgery. William "Doc" Anderson was a medic on the front lines during the Korean War. What was it like saving and losing lives, and how was it for the soldier on the ground battling not only a relentless enemy but blazing hot summers, below-zero winters, and monsoon rain and mud. Follow Doc on missions behind enemy lines. Doc writes not about the history or politics or strategy, but about real experiences, the humanity and inhumanity of war, what combat veterans wish they could forget and what everyone else should know and remember. North Korea's continuing threats remind us that "The Forgotten War" has never really ended.