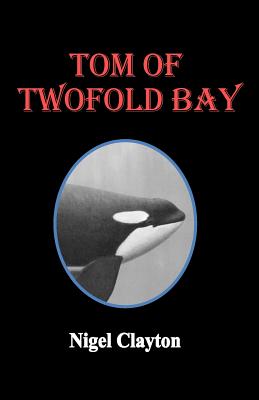 
Not On Our Shelves—Ships in 1-5 Days
(This book cannot be returned.)
Killer whale: Orcinus Orca. The orca: they are black and white dolphins, mammals of the sea, warm-blooded creatures which are at the top of the food chain for the territory that they hold within their power, man being their only predator. Tom is born in the Pacific Ocean, 1862; he is 2.5 metres long and weighs 200kg; a grand specimen. George Davidson is born of Eden; May, 1863. This is the story of Tom, Killer whale of Twofold Bay, Eden, friend to George Davidson (bay whaler) and others like him: it is based upon a true story that will live in the memory of the citizens of Eden for eternity, a museum being built in Tom's honour upon his death. For thousands of years, before man recorded such events, killer whales hunted all manner of baleen whale in every ocean on this planet, and only once in all that time has it been witnessed, and recorded for the prosperity of understanding and knowledge, that they co-operated with humans in their hunt for whales. It all took place on the east coast of Australia, Twofold Bay, Eden. And it is here that an extraordinary story unfolds of an unwritten contract between man and beast, one of nature's most powerful and intelligent, one that is misunderstood and labelled unkindly.