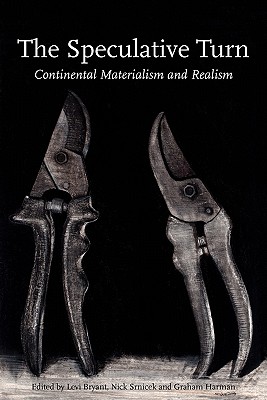 
Not On Our Shelves—Ships in 1-5 Days
(This book cannot be returned.)
Continental philosophy has entered a new period of ferment. The long deconstructionist era was followed with a period dominated by Deleuze, which has in turn evolved into a new situation still difficult to define. However, one common thread running through the new brand of continental positions is a renewed attention to materialist and realist options in philosophy. Among the leaders of the established generation, this new focus takes numerous forms. It might be hard to find many shared positions in the writings of Badiou, DeLanda, Laruelle, Latour, Stengers, and i ek, but what is missing from their positions is an obsession with the critique of written texts. All of them elaborate a positive ontology, despite the incompatibility of their results. Meanwhile, the new generation of continental thinkers is pushing these trends still further, as seen in currents ranging from transcendental materialism to the London-based speculative realism movement to new revivals of Derrida. As indicated by the title The Speculative Turn, the new currents of continental philosophy depart from the text-centered hermeneutic models of the past and engage in daring speculations about the nature of reality itself. This anthology assembles authors, of several generations and numerous nationalities, who will be at the centre of debate in continental philosophy for decades to come.