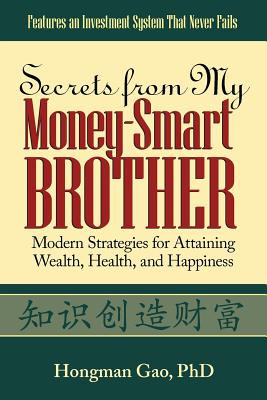 
Not On Our Shelves—Ships in 1-5 Days
Hongman Gao knew poverty well as a child growing up in China. Despite the challenges, his mother inspired her children with her courageous and optimistic view on the world. As the youngest child in the family, Hongman found himself influenced by all of his brothers and sisters. Two brothers, however, made the biggest impact on him -- his money-smart brother and his money-dumb brother.In Secrets of My Money-Smart brother, Hongman Gao chronicles his personal success journey to find the truth about personal, financial, physical, and spiritual health. He shares lessons that helped him and others regain their health and personal success. He also reveals the never-fail investing system that helped his money-smart brother become a millionaire by the time he was twenty-seven years old.