The Moses Mystery: The Egyptian Origins of the Jewish People (Paperback) 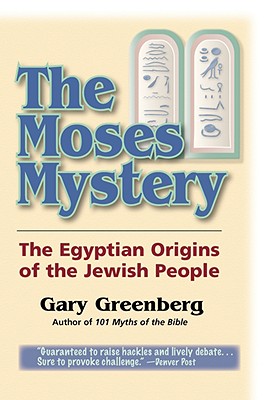 The Moses Mystery: The Egyptian Origins of the Jewish People (Paperback)


Not On Our Shelves—Ships in 1-5 Days
What Do History and Archaeology Really say about the origins of ancient Israel? Although the bible says that Israel's formative history took place in ancient Egypt, biblical scholars and Egyptologists have steadfastly refused to explore the role of Egyptian history and literature on the origins of Jewish religion. The Moses Mystery attempts to set the record straight. Based on extensive research into biblical and Egyptian history, archaeology, literature and mythology Greenberg argues that the first Israelites were Egyptians, followers of the monotheistic teachings of Pharaoh Akhenaten. Some of the many intriguing revelations in The Moses Mystery include: -Ancient Egyptian records specifically identify Moses as Akhenaten's chief priest and describe the Exodus as the result of a civil war for control over the Egyptian throne - Abraham, Isaac, and Jacob were characters from Egyptian mythology - The Twelve Tribes of Israel never existed.