An American Family in Paris: Letters from the Seventh Arrondissement (Hardcover) 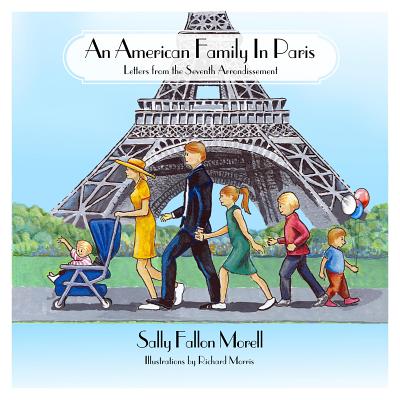 An American Family in Paris: Letters from the Seventh Arrondissement (Hardcover)


Special Order—Subject to Availability
Many travelers to Paris have wondered, "What would it be like to live here?" An American Family in Paris describes the daily life and adventures of a family living in the Seventh Arrondissement, the heart of Paris, from 1983 to 1985.Focusing specifically on the life of children in Paris childhood education, school lunches, riding, piano and ballet lessons, birthday parties, nursery schools, hospital emergency rooms, even childbirth in a French clinic Sally Fallon Morell provides an insightful and amusing look at French habits and culture. Other topics include driving in Paris, the perils of grocery shopping, the delightful but challenging French elevators, French art and architecture, making friends in France, French apartments, vacationing in France, and the subtleties of speaking French. Integral to the book is the unforgettable character of Madame Jamet, housekeeper to the Fallons and an opinionated font of knowledge on French politics, the habits of the aristocracy, which broom to use when sweeping the kitchen floor, how to play the French lottery, and whom the children should be allowed to play with. A personal memoir of a best-selling cookbook author, Sally Fallon Morell reveals a formative period of her early life which will appeal to her many fans.
Sally Fallon Morell is the author of the best-selling cookbook Nourishing Traditions (with Mary G. Enig, PhD), and founding president of the Weston A. Price Foundation, dedicated to returning nutrient-dense food to American tables. She is also the author of the Nourishing Traditions Book of Baby and Child Care (with Thomas Cowan, MD) and The Nourishing Traditions Cookbook for Children (with Suzanne Gross). She and her family lived in Paris from 1983-1985. Currently she and her husband run a pasture-based farm in Southern Maryland, producing artisan raw cheese, woodlands pork and pastured poultry and eggs. Richard Morris has worked as an illustrator and designer in the medical, aerospace, education, and financial industries. He sketches scenes from daily life on a small foodstead with his family, two dogs, and a host of farm animals.