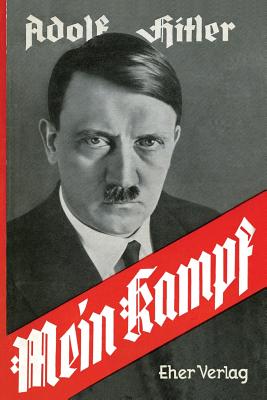 
Not On Our Shelves—Ships in 1-5 Days
Adolf Hitler's original work in his original German language. This is a faithful reproduction of the German printing of Mein Kampf from 1943 including the cover artwork which was purchased by millions of Germans before the end of World War II. This cover is the most recognizable version ever printed. This German language version is perfect for the scholar or the average person who wishes to compare the original to translations in other languages. This text is in the German language.