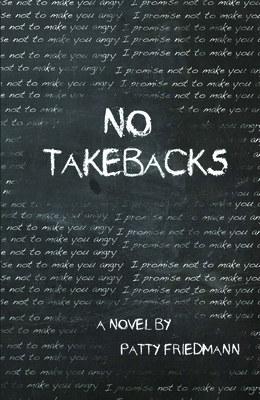 
Special Order—Subject to Availability
Otto Fisher has ADHD. He's also adopted. At thirteen, he never thought much about where he came from until his seventh-grade teacher at the prestigious St. Michael's school in New Orleans asks her class to write about an ancestor. Each student must perform their piece in a school play. Otto's adoptive mother, whom he adores, helps him write about one of her ancestors, who was in the Holocaust.
Otto's story is the most moving of all--but not for his father, a college English professor who is also a racist and an anti-Semite.
The play triggers a series of conflicts in the Fisher household, culminating in Otto's father beating his mother. Otto's older sister, Ada, stops the fight. Then their father moves out. Which leaves Otto torn between the mother and sister he adores and the father he desperately needs. When he goes to visit his father, a series of events forces everyone in the Fisher family to question the meaning of family.
In this funny, bittersweet, poignant and thoroughly engaging short novel, Otto narrates the story of his young life with humor, grace and surprising insight.

Patty Friedmann's two latest books are a young adult novel, Taken Away [Tiny Satchel Press] and a literary e-novel titled Too Jewish [booksBnimble ]. Taken Away was a finalist for the ForeWord Small Press Book of the Year Award in 2011. She also is the author of six darkly comic literary novels set in New Orleans: The Exact Image of Mother [Viking Penguin 1991]; Eleanor Rushing [1998], Odds [2000], Secondhand Smoke [2002], Side Effects [2006], and A Little Bit Ruined [2007] [all hardback and paperback from Counterpoint except paper edition of Secondhand Smoke from Berkley Penguin]; as well as the humor book Too Smart to Be Rich [New Chapter Press 1988]. Her novels have been chosen as Barnes&Noble Discover Great New Writers, Borders Original Voices, and Book Sense 76 selections, and her humor book was syndicated by the New York Times. She has published reviews, essays, and short stories in Publishers Weekly, Newsweek, Oxford American, Speakeasy, Horn Gallery, Short Story, LA LIT, Brightleaf, New Orleans Review, and The Times-Picayune and in anthologies The Great New American Writers Cookbook, Above Ground, Christmas Stories from Louisiana, My New Orleans, New Orleans Noir, Life in the Wake, My Funny Valentine, and Something in the Water. Her stage pieces have been part of Native Tongues. In a special 2009 edition, Oxford American listed Secondhand Smoke with 29 titles that included Gone with the Wind, Deliverance, and A Lesson Before Dying as the greatest Underrated Southern Books. With slight interruptions for education and natural disasters, she always has lived in New Orleans.

"...serious, lightened by a quirky, New Orleans style of dark humor...Friedmann is an excellent writer, and the book is hard to put down. She compellingly depicts Otto’s innocence and deeply conflicted feelings, showing how difficult it is for a family to give up hope, even in the face of unmitigated brutality. Friedmann’s shocking scenes are unforgettable. Despite the sweetness of the narrator, the story is deeply disturbing."
Marigny Dupuy, Times-Picayune

"Patty Friedmann may be the greatest New Orleans author of the past quarter century."
Shmarya Rosenberg, Failed Messiah