Stop Worrying! There Probably Is an Afterlife (Paperback) 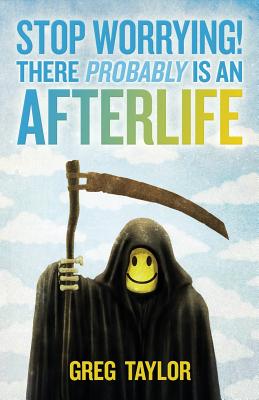 Stop Worrying! There Probably Is an Afterlife (Paperback)


Not On Our Shelves—Ships in 1-5 Days
(This book cannot be returned.)
Did Steve Jobs have a vision of the afterlife on his death-bed? Does quantum physics suggest that our mind might survive the physical death of our body? How do some near-death experiencers 'see' outside of their bodies at a time when they are supposed to be dead? In 'Stop Worrying There Probably is an Afterlife', author Greg Taylor covers all these questions and more. From Victorian seance rooms through to modern scientific laboratories, Taylor surveys the fascinating history of research into the survival of human consciousness, and returns with a stunning conclusion: that maybe we should stop worrying so much about death, because there probably is an afterlife.