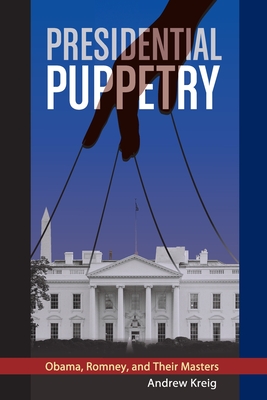 
Not On Our Shelves—Ships in 1-5 Days
(This book cannot be returned.)
Presidential Puppetry documents what many millions have long suspected: secretive elites guide our government leaders.The first book to analyze the Obama second term is also one of the first to examine the 2012 elections. Puppetry reveals scandals and shows why Congress, courts, and other watchdog institutions fail to report key facts about even the biggest news makers.Puppetry unfolds like a mystery extending over decades to the present.By the end, this compelling narrative documented with 1,200 endnotes shows hidden links between puppet masters, political leaders, spy agencies, and the economic austerity now being imposed on a hapless public. By exposing key secrets, it provides a roadmap for reform.